Daily picks from the Dalston Shopper.

The Bucketheads: The Bomb (These Sounds Fall into my mind) (CSY remix)

I recently did a post on a CSY remix. Some dude from Australia I believe. So he sent me some more and I quite like this one. The speed/breakbeat sound that Switch, Kingdom, etc., and others are doing, but it works well with this track I think. You'll recognize the track.

The Bucketheads: The Bomb (These Sounds Fall into my mind) (CSY remix) (zshare)

Bjork and Antony and the Johnsons - Modeselektor mixes 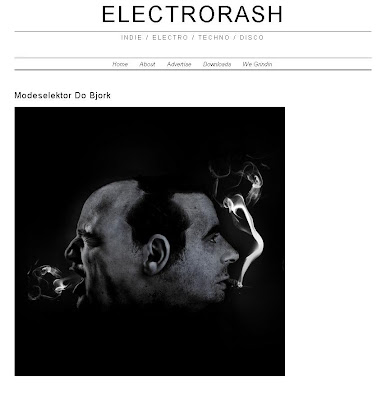 Somehow I missed this when it came out earlier this year. Modeselektor did a great job with the very atmospheric beauty of Bjork and Antony (from Antony & the Johnsons) in Dull Flame of Desire. You can get both mixes here. I discovered this through my friend Matthew's mix you can find here.

And while you're listening to big banging club sounds, I am also loving this right now. 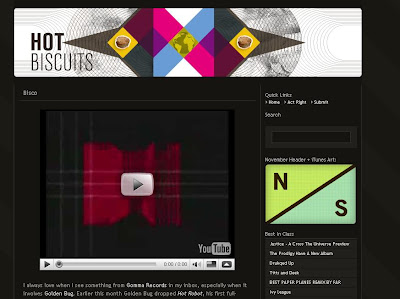 I think the new music sound that I'm hot on is something that sounds like disco, or has disco elements in it (including 80s-ish disco) but which is somehow newer/cleaner/harder sounding. I know nothing about this artist, but sounds pretty good.

Posted by dalston shopper at 10:31 No comments: 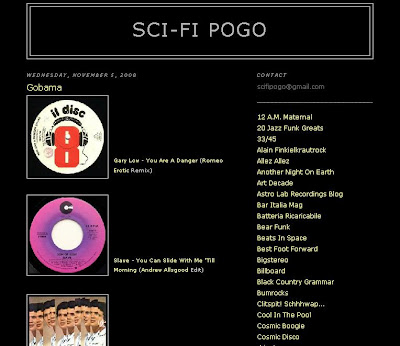 When I first discovered Sci Fi Pogo blog, I was blown away. But then I realized that most of the zshare links weren't working. Now that they are working again, I have to draw your attention to it. Don't know where this blogger gets their edits from, but lots of good ones. In particular check out the Caroline Loeb - Narcissique (Kommand Disco Edit) the Nina Hagen Band - Auf'm Bahnhof Zoo (Allez-Allez Edit) and the Rational Youth - Le Meilleur Des Mondes (Love Supreme Edit).

Posted by dalston shopper at 09:36 No comments: 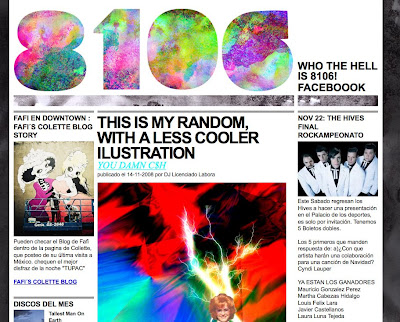 I can't help it. I just keep banging on about Aeroplane. I've already posted about them earlier. This is very unusual for me cause usually I'm off on some new tangent. But these guys just keep doing stuff I have on repeat. When you start this track and the reverb synth stabs start it's like . . . . well it's better than butter and marmite.

early Hackney based independant music from 1984. Some really decent stuff here. Check out the Reverb and Barbed and A Popular History of Signs.

Melodia's Red Tape.
Posted by dalston shopper at 03:14 No comments: 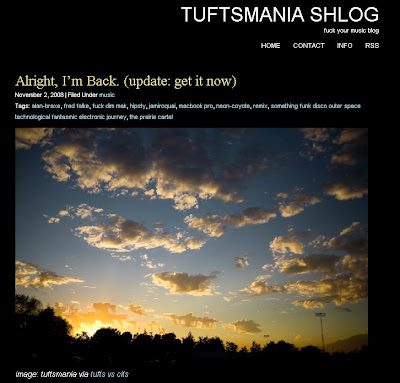 Cause I'm willing to admit that I loved Jamiroquai back in the day.
And cause I just can't help loving everything Falke does these days. Maybe it won't last, but for now.